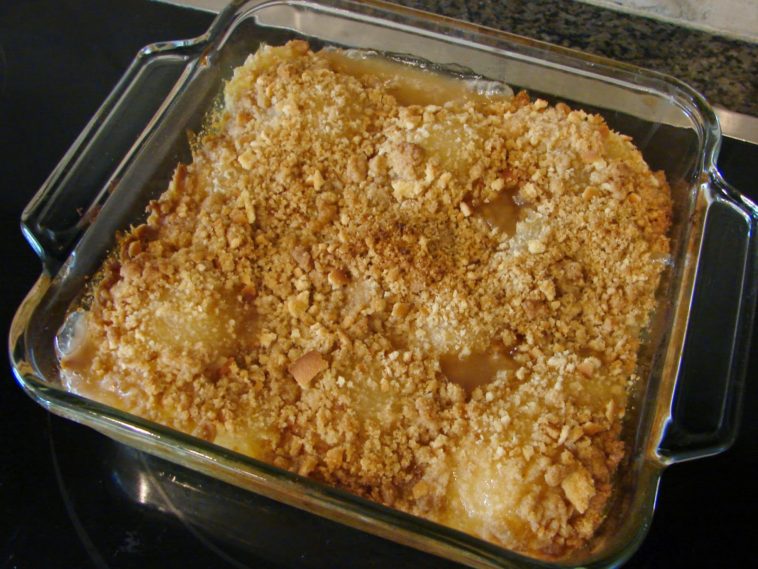 It’s been a while I haven’t baked pears, so yesterday I made this amazing nilla wafer pear crumble, it was worth the time! Check it out.

You’ll Need (for the pear):

2 large cans of drained and sliced pears.
¼ cup of sugar.
2 tbsps of flour.
2 tsps of vanilla.
½ tsp of ground ginger.

You’ll Need (for the topping):

Mix together the pears, ¼ cup of sugar, 2 tbsps of flour, vanilla and ginger until well combined then spread the mixture in an 8×8 baking dish.

Mix together the flour and brown sugar in a medium bowl and cut in the butter and blend to crumble. Fold in the crushed nilla wafers and mix to combine.

Top the pears mixture with the wafers mixture and bake for 35 minutes in a preheated oven to 375°.

Simple, easy and delicious! I served this amazing nilla wafer pear crumble with vanilla ice cream, you can also serve it with a little of heavy cream poured over it. Give it a shot and let me know what you think.