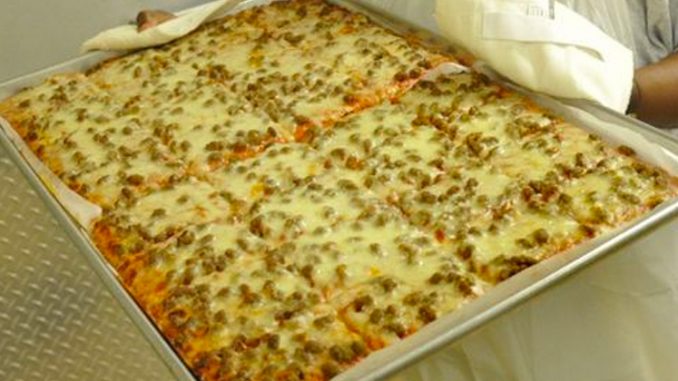 The recipe for the Old School Pizza is divided into three parts; one for the delectable pourable crust, one for the delicious filling, and the last one for the amazingly fantastic sauce. The treat you’re about to make wouldn’t be the Old School Cafeteria Pizza we all know and love – okay, maybe not all of us – without any one of those three. So, we’ll be laying down everything you need for all three:

For the pourable crust, which is one of the most important parts of this recipe because it gives the Old School Pizza its distinctive texture and mouth-feel, what you need is:

The Old School Pizza filling is just as important as the crust, to give this treat the flavorful and delectable taste it deserves. You’ll need:

Sauce (I make sauce the day before):

Now, this is really important. Some people would prefer something meat based, but as this is a recreation of the Old School Cafeteria Pizza, we’re leaving the meat out and doubling down on the tomato paste and spices. Therefore, you’ll need: